This whole dilemma started when I got a Macbook pro for as a gift.  Being and open source enthusiast, my primary system and obvious OS of choice is a Linux laptop.

After having some time fiddling around OS X, I needed to transfer couple of files every now and then from my Linux box to the OSX without having to need another storage device.

Hello my friend google.
Not so good nor easy tutorial to follow. Most were related to afp.

And then it hit me. MacOS is just unix underneath. Samba! If I could get windows shares working over Samba, it could work on OS X too.

After few tweaks, here is what I found.

You need to install Samba server.
And one minor edit on the config file.
Add Samba users.

We’re going to be editing a few files later on. I like to use Linux’s included gedit to edit files. Others may prefer, to use Nano, Vi, Vim, etc..

Since I'm using Linuxmint as my linux distro which is based on Ubuntu I'm gonna install Samba like this. 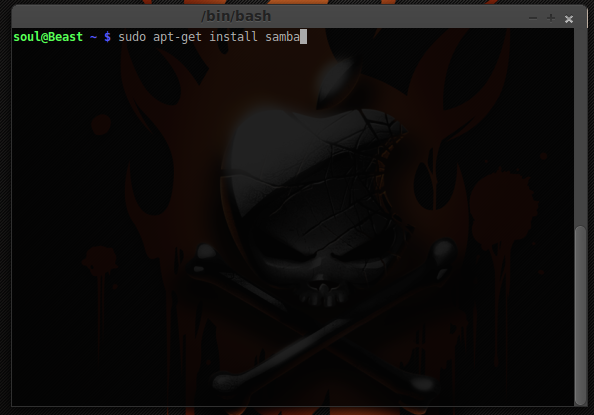 Once that is done, we need to edit a minor change in /etc/samba/smb.conf

Another command in the terminal shell.

Using gedit search for the line "security" till you land on this piece of code.

# "security = user" is always a good idea. This will require a Unix account
# in this server for every user accessing the server. See
# /usr/share/doc/samba-doc/htmldocs/Samba3-HOWTO/ServerType.html
# in the samba-doc package for details.
#  security = user

See the last line there which says "#security = user"
Uncomment it by removing the # in front of it.

Next command in the terminal shell.

You'll be asked to type in your password twice.
The hard part is over now. 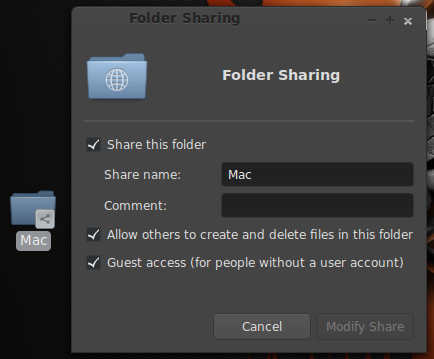 And tick the options as shown in the screen shot.
All done for the linux configuration.

Lets move on to OS X. 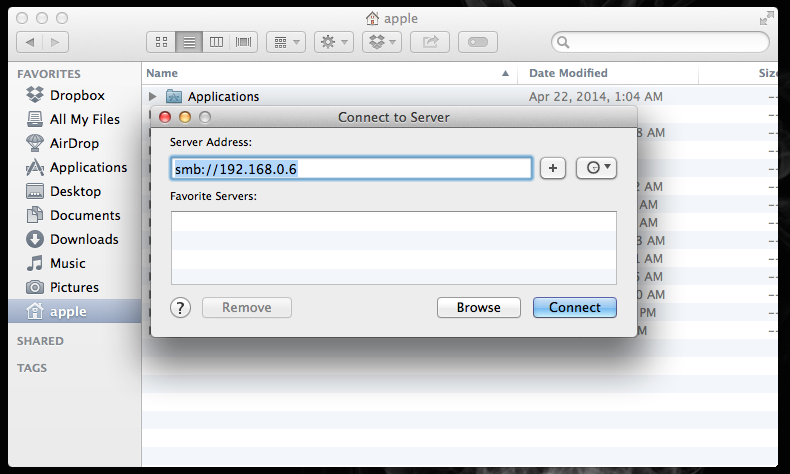 Step 2: Type in SMB:// followed by the ip address of the linux system. 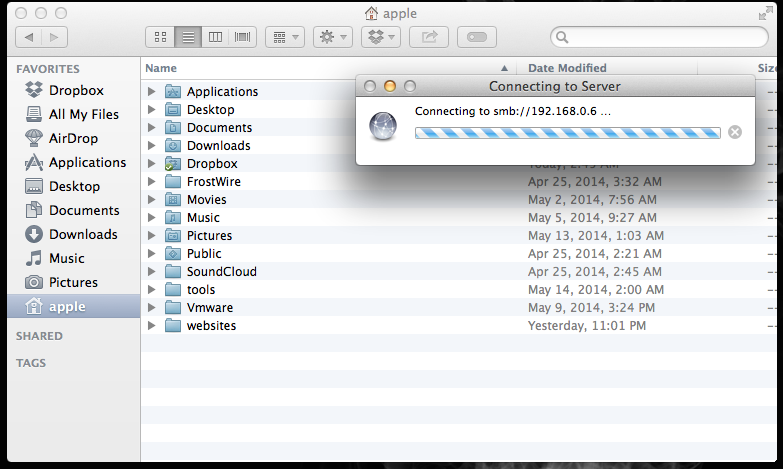 Step 3: Give it a sec to find its way to the linux box. 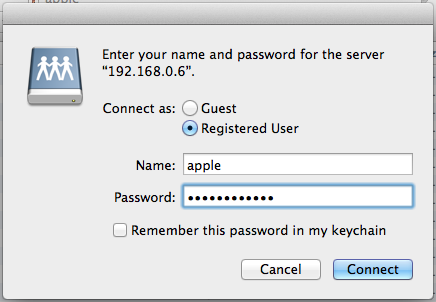 Step 4: Login using he new user you created with "smbpasswd" in step 3. Now that wasn't too hard was it ?

Hope this helps for any new MacOS X users.

If you're wondering wait a minute brah, what if I want to connect to a MacOS X share from my linux box ?

Well that's simple. Open your file manager in my case it's Nemo. 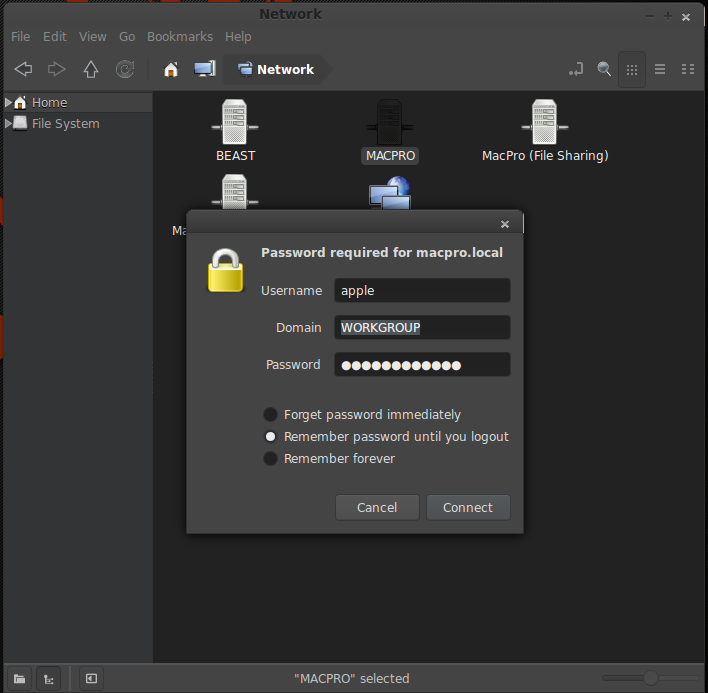 And login with the credentials of OS X.

And that's about it.